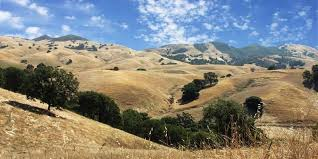 Today I prescribe Chinese herbs to clients, but my earliest encounters with plants with medicinal qualities actually occurred in the forests of Northern California.

I grew up spending weekend days picnicking and hiking around the foothills and forests of the Bay Area. There was always another path to explore. This vibrancy of nature, whether it was the feeling of seeing a wild animal, or a different kind of forest, coast, or meadow, has inspired me to live in connection with nature.

In high school, I took a biology course which allowed me to research a topic of my choice. I decided to study Native American uses of plants for medicine. I checked out some plant identification books from the library, got in my beat up Chevrolet and drove into the foothills to walk around and see, feel and smell. 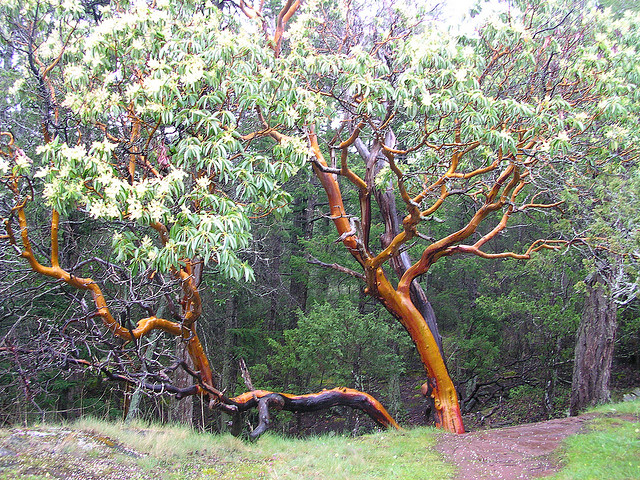 The first plant to catch my attention was the refrigerator tree ( the Madrone Tree Arbutus menziesii), so named because when you touch its bald, red, bark it feels cool to the touch. Its twisty and bendy branches yearn for light in the forest canopy and its bark strips itself, sheds, to protect itself from insects and parasites.

I later read how Native Americans used this bark to treat skin problems.

They made it into a tea and drank it.

I was fascinated by the fact that the tree itself has this mechanism, of adapting for its own survival, and we humans can use this plant, and many others, for our adaptation and survival as well. 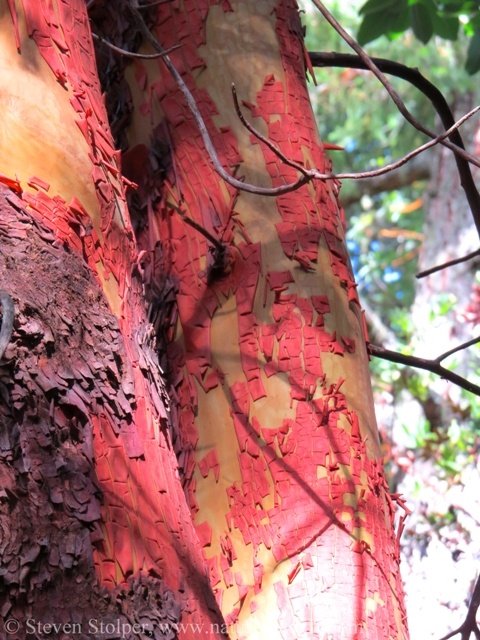 Much later on, at Berkeley, I took a medicinal herb class. We would go to the Botanical Gardens and identify plants, learning later, in class, how these  herbs affect basic physiological and biological processes in the body. 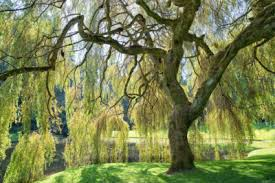 Again a beautiful tree captured me, the Willow Tree this time. This tree’s bark was also used for pain relief by Native Americans, as by healers in ancient Egypt, Assyria and Sumer.

It was only in 1793, when a scientist extracted “Salicin” from the bark of a willow tree to make aspirin, that the modern world was provided with a temporary pain relief agent that these older cultures had known for centuries.

These early encounters in the forests of my childhood are the seeds of my work as a Chinese medicine practitioner. Today, my interest in the relationship between modern and ancient herbology is implemented in my clinic, where I prescribe herbal formulas.